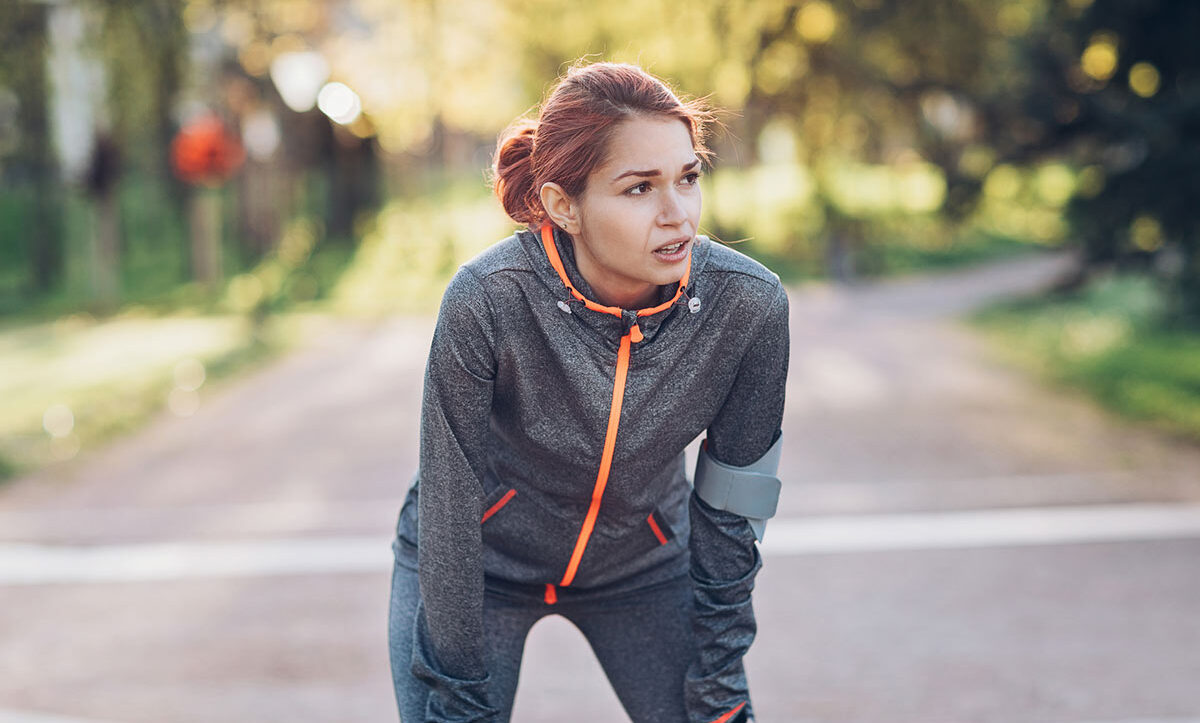 Have you ever had shortness of breath or tightness in the chest during exercise? Has anyone told you that your symptoms were because you are out of shape? Although high-performance athletes appear to be physically fit some of them struggle during or after intense workouts. Coaches and training staff need to be aware of a more serious underlying ailment that can affect performance.

What is exercise-induced bronchospasm?

Exercise-induced bronchospasm (EIB) is an asthma-like condition that causes the airway to temporarily narrow during strenuous activity. This condition is seen in school-aged athletes and older adults who participate in moderate to vigorous exercise.

Certain types of indoor and outdoor environments can be a major factor in an EIB attack. For example, EIB is more commonly seen in people who exercise during the winter months due to the colder temperatures and in those who also participate in aquatic exercise. Because of the decreased amount of moisture it holds, cold air causes the airway to become dehydrated. Breathing in colder temperatures can also cause inflammation in the lungs and trigger a spasm of the bronchial tubes. Additionally, the re-warming of the airways that occurs after exercise can reverse the bronchial reaction and exacerbate the symptoms of EIB.

One trigger for EIB attacks is the high concentration of gas particles found in indoor pool facilities. The chemicals used to maintain the pool and the limited airflow cause irritation and drying of the airways. Another EIB trigger that can occur is when an athlete develops hyperventilation (abnormal fast or deep breathing) during vigorous exercise. Heavy breathing causes the airways to dry out, which leads to a dehydration of the cells lining the airway. The cells’ internal chemical balance is disrupted, which causes a chain reaction of chemicals to be released, leading to the spasm of the bronchioles.

Is EIB different from asthma?

While the term exercised-induced asthma (EIA) is used almost interchangeably with EIB and their symptoms are similar, the 2 conditions are not the same. The main difference is that EIB occurs in people who do not have a history of asthma and the bronchospasms only occur during exercise; therefore, these patients only receive treatment before exercise. For those who do have asthma, their airways are always inflamed and with EIA specifically, exercise is a trigger that exacerbates their condition. Additionally, for EIA patients, treatment focuses toward reducing symptoms all the time, not just during exercise.

How are EIB and EIA similar?

In both EIB and EIA the airways become restricted, making breathing, and especially exhaling difficult. The symptoms are similar as well, such as wheezing, coughing, shortness of breath, tightness in the chest, fatigue, and lightheadedness. Triggers for each condition include cold dry air, environmental allergens, chlorine, and intense exercise. When an EIB or EIA attack occurs, both can be treated with inhaled steroids or immediate removal from activity with proper hydration. For prevention, people who suffer from either condition can benefit from the use of short-acting inhaled steroids that work to keep airways dilated (opened wider) or by performing a warm-up that consists of a short burst of exercises. 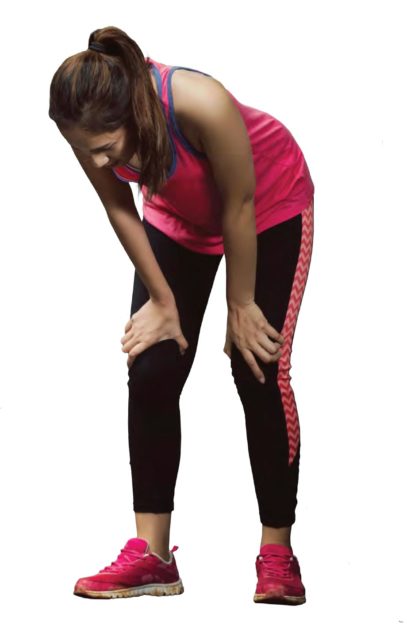 Signs and symptoms of EIB

An EIB attack will present with no symptoms most of the time, although signs such as wheezing, dry cough, and shortness of breath can develop after exertion. Some people with this ailment become fatigued more quickly than others or seem to be out of shape when trying to participate in strenuous activity. Symptoms of EIB usually occur 10 to 15 minutes after intense exercise, and last for a short duration after activity ends. With rest and proper treatment, symptoms often resolve and go away quickly.

There are 2 common types of testing used to diagnose EIB: exercise challenge tests and bronchial provocation tests. Exercise challenge tests can be completed in either the field or laboratory setting. The test begins with a lung capacity reading prior to the start of exercise, followed by 8 to 10 minutes of intense exercise and then the lung capacity reading is taken again immediately after the exercise. In a laboratory setting, the bronchial provocation test begins with a lung capacity measurement. Then the patient inhales a substance that causes bronchoconstriction (narrowing of the airways) to occur, followed by another lung capacity measurement.

How can an active person treat EIB?

Both nonpharmacological (without drugs) and medication strategies can be used to treat an EIB attack. Nonpharmacological methods include resting immediately after strenuous exercise and drinking room temperature water to avoid further bronchoconstriction. Another nondrug treatment is to inhale and exhale into a paper bag or mask to warm and moisten the airway. A bronchodilator is a common pharmacological treatment that consists of a metered-dose inhaler that contains a drug called albuterol. This bronchodilator is a drug that opens the airway of the lungs and when taken 15 minutes before exercise, it often lasts up to 2 hours. Salmeterol, cromolyn, and nedocromil are other inhaled medications people take prior to activity to help prevent EIB.

How can someone prevent EIB?

While it can be difficult to prevent an EIB attack in some situations, there are steps an active person can take to help decrease the likelihood of an episode occurring. These steps include exercising in a well- ventilated area, with warm, moist air, and avoiding air pollutants. A pre-activity warm-up that includes exercises that increase heart rate, such as short bursts of vigorous wind sprints (intervals), can help induce a symptom-free period that lasts up to 3 hours. Additionally, research has also shown that diets low in sodium and high in antioxidants and fish oils decrease the prevalence of EIB symptoms and frequency in active people.

Take a deep breath and get checked out

If you experience the symptoms—the shortness of breath, fatigue, dry cough, and wheezing—consult with your doctor to see if you are experiencing EIB or EIA. Once your physician makes the diagnosis, your treatment can begin. Keep in mind, however, prevention is key, such as warm-up before you begin exercise, stay hydrated, and exercise in well-ventilated areas. With the proper prevention and treatment plans, the physically active patient who suffers from EIB can exercise and play sports at their full potential.