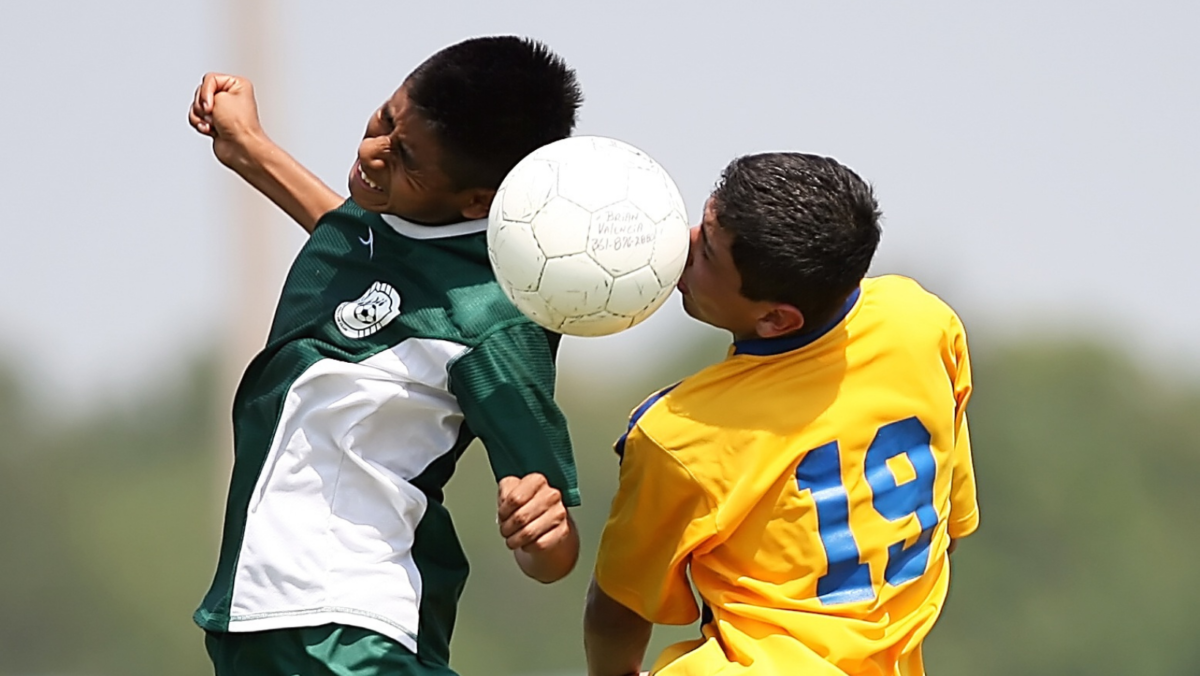 Several problems can occur when a player heads the soccer ball. European players coined the phrase “footballer’s migraine” to describe headaches and some players complain of neck pain and dizziness as a result of heading the ball.

In reality, there is a low occurrence of concussions and other head injuries caused by heading the ball in soccer. Problems are rarely seen in players up to the age of 10 because they don’t try to head the ball very often. However, some problems do occur in older players who are more involved in head ball shots.

A number of studies have been conducted to determine if there is any cumulative trauma from heading the ball in soccer. These studies involve older players and players who have finished their soccer careers. Medical tests, such as the electroencephalogram (EEG), computed axial tomography (CAT scan), and magnetic resonance imaging (MRI), have shown minor physical changes in the brain, and psychological tests in some of these athletes have shown some changes in memory functions later in life. Fortunately, minimal trauma occurs in properly heading the ball. Studies show that the impact is only 20% of that obtained from a boxer’s punch to an opponent’s head.

Improper technique is one of the major causes of injury in heading the ball. Another factor has almost been eliminated with improved equipment. Originally, soccer balls were made of leather and held water. Wet playing conditions created a heavier ball to hit with the head. Modern balls are impervious (non absorbent) to water, thus eliminating the problem. Actually, most soccer related concussions are not related to heading the ball. Rather, they occur when a player is accidentally hit in the head with a ball or has other contact, such as impact with a goal post, the ground, or another player.

Preventive measures can be taken to decrease the risk of injuries with heading a ball. The most important is using proper technique. The head should be stabilized by using the neck muscles, and ball contact should be made with the forehead. Exercises to strengthen neck muscles are important in developing this skill. In the actual head shot, the torso and the head should be aligned with the trajectory of the ball when it is hit. In other words, the player should try to prevent rotation and angular motions of the head and neck while heading a ball. Another prevention factor is enforcement of the rules of the game, particularly encroachment. The distraction caused by this violation may prevent a player from executing the proper technique of heading.

If a player is injured and has symptoms such as headaches, neck pain, or dizziness he or she should be evaluated by a medical professional before resuming play. There has been some discussion of devising headgear for soccer players, but there are
concerns the headgear itself may become a source of injury or alter the technique of the game of soccer.

Injuries from heading a ball in soccer are rare and definitely are not a significant problem in the youth age group. For the more advanced player, proper technique and conditioning can keep the risks of head injuries to a minimum.