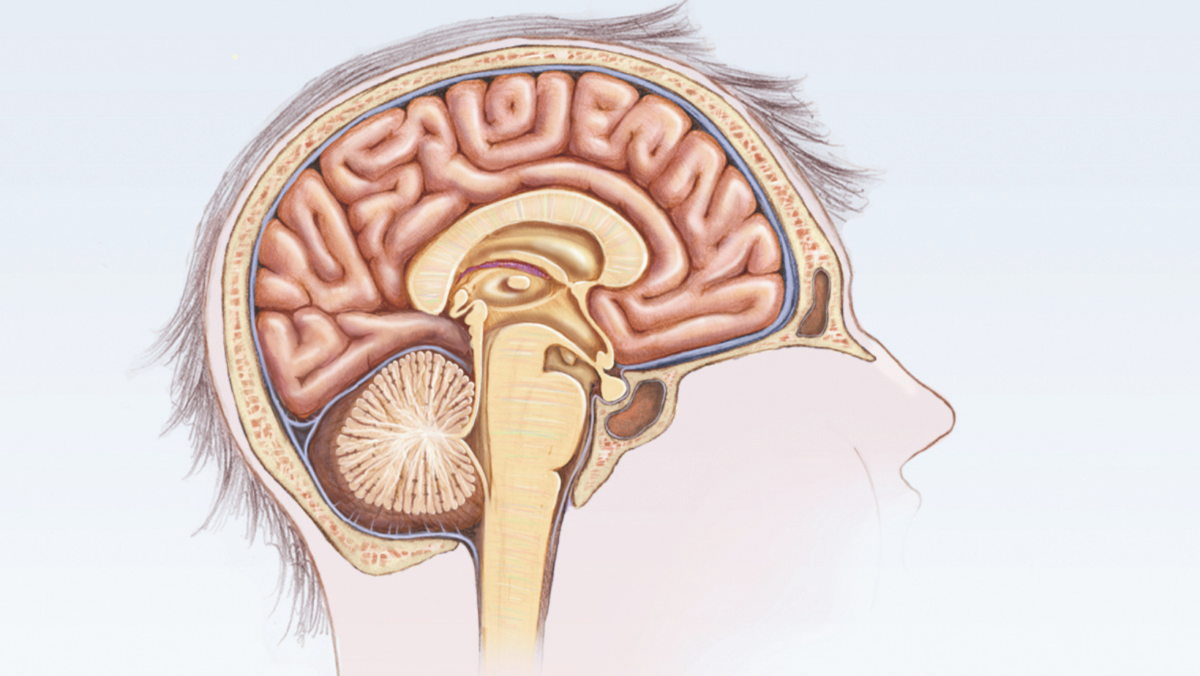 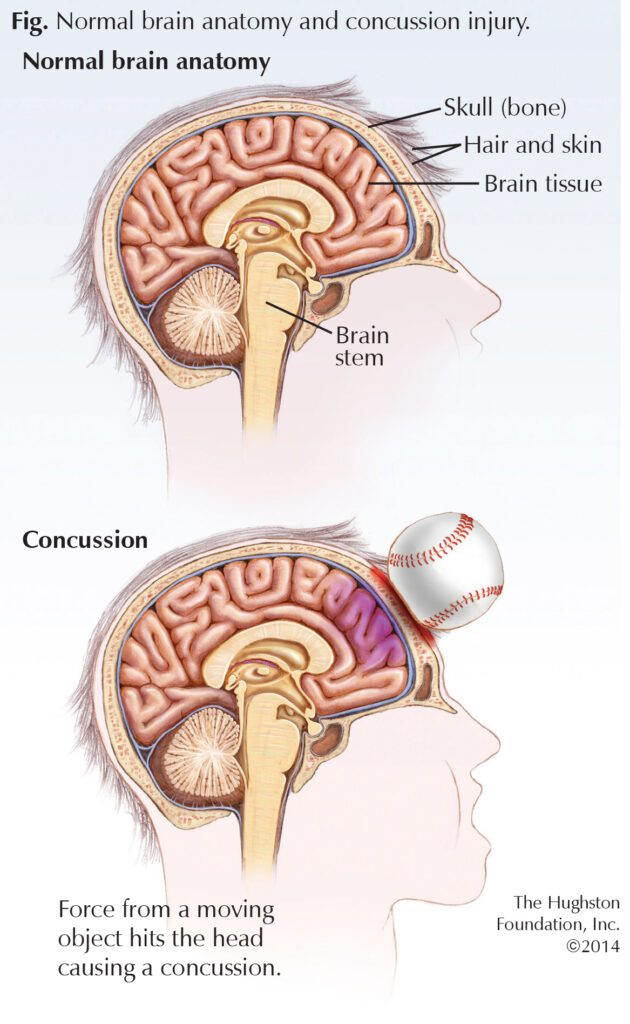 A concussion is a type of traumatic brain injury that causes a temporary change in mental function. A concussion occurs when your head is hit or jolted and your brain’s soft tissue moves in reaction to the sudden force (Fig.). At impact with the skull, the brain can become bruised, tissues can be torn, and minor swelling can occur. Concussions and the symptoms they produce range in severity; not everyone experiences the same signs and symptoms after a head injury. Balance problems, disorientation, lightheadedness, headache, nausea, tinnitus (ringing in the ears), fatigue, and sensitivity to light or noise are some of the symptoms. 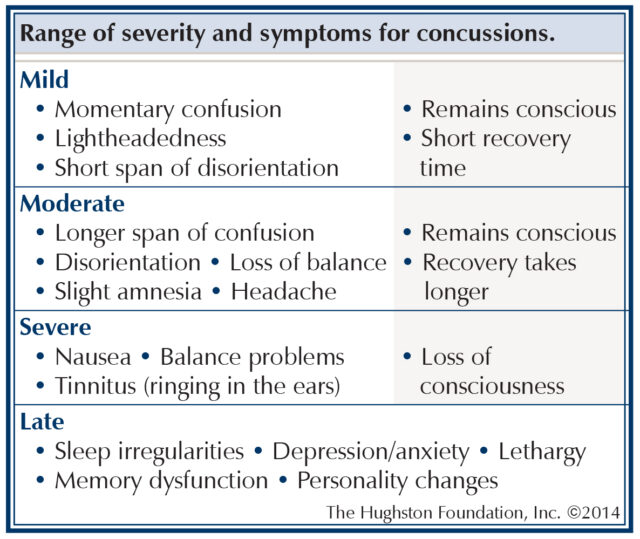 The Centers of Disease Control and Prevention (CDC) analyzed data from the National Electronic Injury Surveillance System-All Injury Program for the period of 2001 to 2009 and found that an estimated 173,284 people under 19 years of age were treated in emergency departments annually for nonfatal traumatic brain injury related to sports and recreation activities. The number may seem high, but researchers believe far more concussions occur in sports than are reported. Research published in the Clinical Journal of Sports Medicine in 2004 found that nearly half of the football players surveyed failed to report their symptoms. Researchers discovered that athletes sometimes neglect to report their symptoms because they either don’t know something is wrong or they are afraid of being taken out of play.

Concussions are the mildest form of traumatic brain injury; however, the cumulative effect of having more than 1 concussion can be permanently damaging or deadly. Second impact syndrome occurs when another concussion happens before the first concussion heals. The results can be life threatening. The question now becomes how do we prevent this from continuing to occur? Some athletic training programs are taking steps to help resolve the problem by teaching athletes, parents, and coaches how to recognize symptoms and by implementing a testing program to help evaluate the symptoms and identify any changes in behavior or cognitive function after a head injury.

Immediate postconcussion assessment and cognitive testing, or ImPACT™ is a computerized neuropsychological test used to aid in the diagnosis of a concussion. It tests cognitive impairment after a concussion by evaluating symptoms, medical history, visual and verbal memory, and reaction time and speed. 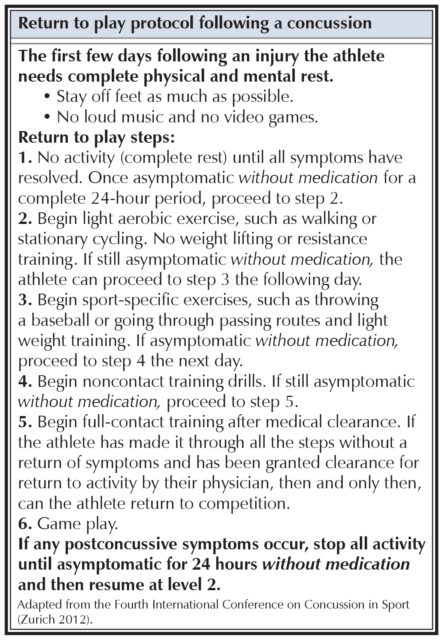 For ImPACT™ to be useful, you must take a baseline test every 2 years before the season begins. If you sustain a head injury, you are given a postinjury ImPACT™ test within 24 to 72 hours. The results from the postinjury test are compared with the baseline test to identify concussionlike symptoms and determine if any abnormalities in cognitive function appear.

ImPACT™ testing can be a reliable tool in concussion management by helping track the cognitive status of athletes. The testing does not prevent concussions, but the information gathered from the results can help healthcare professionals to guard against premature return to play.